IFRS 17 will transform the quality of reporting, make the insurance sector more ‘investible’ and improve communication between insurers and their investors. The level of aggregation required is not a challenge but an opportunity for clear and transparent accounting. Fusion Practices’ Integrated solution between Oracle GL and Oracle FCCS using the Supplement Data Manager (SDM) caters to the requirement of reporting granular Unit of Account level information from a single source.

The nature of the insurance business exposes insurers—and investors in insurers—to many risks. It is well-known that the financial health of insurers impacts global economy—reason why the financial statements of insurers need to reflect insurance risks and changes in those risks, in a timely and transparent way.

Why is the ‘level of aggregation’ of insurance contracts an important aspect under IFRS 17?

The UoA has to be captured in the entire data journey from source systems such as policy administration, claims management, revenue management, and reinsurance for GL to work optimally for Unit of Accounts disclosures. The data accuracy in this case can be achieved by designing integrations at right level of granularity into your Data Hub platform.

In most of the cases, IFRS accounting standards recognise and measure the financials on the basis of individual contracts. For example, IFRS 15 recognises revenue from contracts with customers. However, due to the complex business structure of insurance companies, recognising and measuring financials on contract-to-contract basis is not possible. For this reason, the International Accounting Standards Board (IASB) has introduced IFRS 17 guidelines for contract aggregation for purposes of the calculation and adjustment of the Contractual Service Margin (CSM). These guidelines allow the use of a Unit of Account that is higher than the individual insurance contract.

What is the purpose to be achieved by IFRS 17’s requirement for the level of aggregation?

IFRS 17 requires insurers to aggregate insurance contracts into groups according to three criteria:

Let us try to understand each of these in detail:

Insurance companies with similar risks and which are managed together will form part of a particular portfolio. Contracts within a product line would be expected to have similar risk and being managed together and thus form a part of same portfolio. Examples of different product lines resulting into different portfolios include (a) Life insurance (b) Annuities (c) Car Insurance

IFRS 17 requires a portfolio of contracts to be divided into annual ‘cohorts’ or ‘time buckets’. As a result, group may not include contracts which are issued more than one year apart. A cohort can be based on an issuing period, which can be less than a year.

The annual cohort requirement relates to the timing of the recognition of the profit in the contract, the CSM, in profit or loss.

The amount of CSM released within each reporting period is based on an average CSM per coverage unit for the group. This reflects the ratio of the service provided during the coverage period to the total projected future service until the last contract of the group matures.

Let us take an example of a group with one contract having its duration as 5 years and a total CSM of $200. If its coverage units are represented as 5, then the CSM will be released evenly at the rate of $40 over the coverage period.

Degree of profitability and size of groups of contracts

In the above cases, Contract A is a profitable contract and Contract B is onerous. However, in case of contracts restricted by law and regulations, where the entity is required to keep the premium low for managing higher risk, IFRS 17 allows the entity to include both the contracts in same group.

If contracts are not onerous, they are considered profitable, even if different groups will have different levels of profitability.

IFRS 17 works on averages for CSM calculation of a group. Why does it calculate CSM on average basis?

If a contract is de-recognised earlier than expected, working at contract level would require an entity to modify the CSM by adjusting the fulfilment cash flows of the specific contract. Since individual contract CSM calculation and reporting is operationally costly, the standard allows for grouping. Grouping allows an entity to de-recognise the contract from the CSM by using an average at the moment of de-recognition.

It is time to implement the standard – IFRS 17

One of the objectives of IFRS 17 is to make the financial statements of insurance companies clear and easy to understand. Owing to the complexities of insurance accounting, many investors consider that it is accessible only to specialists and even then does not satisfy their needs. It has been acknowledged by many stakeholders that IFRS 17 will transform the quality of reporting, make the insurance sector more ‘investible’ and improve communication between insurers and their investors.

Issues with level of aggregation

Author: Priyal Jain is a Consultant at Fusion Practices. 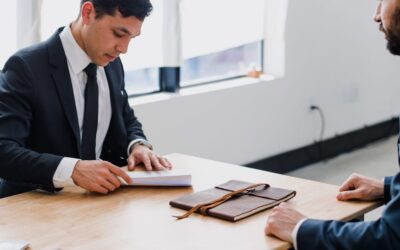 Oracle Fusion Cloud Procurement: Improving Sourcing EfficiencyDisruptions such as the COVID 19 pandemic have compelled businesses to relook at their... 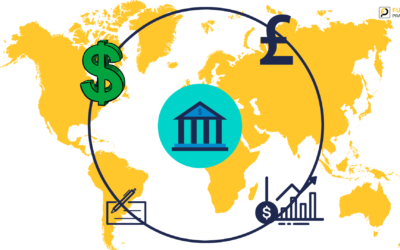 An Introduction to the Multi-currency module in Oracle Revenue Management and Billing (ORMB)In today's global market, companies need to conduct...