You have to know accounting . Its the language of Practical Business Life. It was a very useful thing to deliver to civilisation.

International Accounting Standards Board (IASB) which has been around for a few years (since 01 April 2001) has set to replace International Financial Reporting Standard 4 more commonly referred to as IFRS 4 with IFRS 17.

It is a common practise that insurance companies collect money upfront and earn it during the lifecycle of the policy. For example, an insurance company may receive a premium of the annual car insurance policy at the start of the policy, but that is reflected in their General Ledger during the duration of the policy contract. However, the claims will be normally posted as they occur leading to fluctuations in profit reporting when claims are suddenly reported. Depending on the type of insurance product, claims occur at different times, and therefore it is hard to trust the profitability of the insurance company at any point in time because profits can have wild swings. The purpose of IFRS 17 is to smoothen this out and present health of the company and the risks from insurance cover consistently in General Ledger.

If you are new to the way of how the International Accounting Standard Board works, let me help you with it. Each number specified by IFRS deals with a unique sector. With all the talk going around about IFRS 17, what exactly does this number represent? IFRS 17 is set to deal with Insurance Contracts and the way organizations operate them and the way customers view it.L et me take this moment to emphasis on that fact that it is only for Insurance Contracts and it does not affect any other sector like Assets Management, Leases or Foreign Exchange Rates to name a few.

Timeline to Show the Evolution of IFRS 4 and IFRS 17

Initially, when IFRS 17 standards came out in 2017, most organizations had to make a lot of changes to deal with the new standard being put into place. This sparked a lot of conversation and after a fair amount of debate and spectacle, the implementation of IFRS 17 got delayed and was set to be implemented on 01 January 2021. But upon further thought and discussion, it is delayed by another year and is set to come into effect on 01 January 2022.

Why is IFRS 4 being replaced by IFRS 17?

About Fusion Practices – We have been advising our clients in the insurance sector on how they can restructure their General Ledger, especially those in Oracle EBS and Fusion Cloud ERP, allowing them to make the transition to IFRS 17 much easier.

What are the major changes that will happen in IFRS 17?

The central change that IFRS 17 will bring about includes complex fundamental changes to accounting in:

Presentation in the statement of financial performances

One of the changes that IFRS 17 will bring is a way in which the Statement of Financial Performance is presented. The organisation will have to separate the sum recognised in the statement of financial performance into

Both Revenue and Insurance Service Expenses should not hold any investment components.

Models which IFRS 17 will make use of

There are 3 models for different contract types which IFRS 17 will have to make use of. They can be broadly classified as

Building Block Approach or BBA is a default model for liability calculation for insurance contracts. One key component is the Central Service Margin (CSM) calculation which is suspected profit. It’s done at the inception of the contract.

Since Building Block Approach is said to be the default and the most common approach to be made use of, let’s delve into it a little deeper for better comprehension. 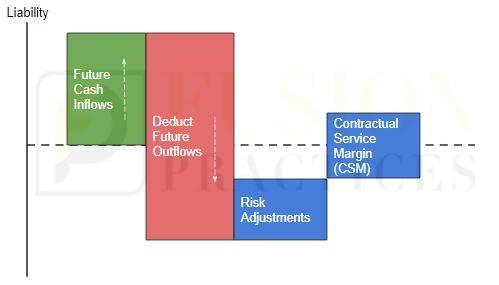 When there is a new entry in the insurance contract the Organization will have to make an estimate of all the cash flows that can be expected to be received and expected to pay over the coverage period.

This requires the said organization to look much ahead of their time and into the future, particularly for any long duration insurance business. At each reporting date, the updates must be made of all the estimates they have derived. These updates may also have an influence on the profit that the organization expects to earn from the contracts.

The predominant changes and the organization’s financials, on one hand, is to act as a guide that the profit is based on current measurements and will acknowledge it as and when the organization provides Insurance Services to the customers. On the other hand you as a customer you will be able to find the Contractual Service Margin in the Balance Sheet evaluating the future profits the organization anticipates to make from the core Business Insurance Contracts.

The CSM during the coverage period total liability has two components.

Liability for remaining coverage exists since the cash flows at the beginning of the period has not been earned. This could imply that insurer has not yet been released from risk.

The cash flow is of time value and it’s risk adjustments are considered as a liability. Liability for incurred claims refers to unpaid claims for insured events that have happened. Insurers are not consistently mindful of every incurred claim at the current accounting period. This being as the primary reason liability is calculated as a risk-adjusted discounted cash flow.

The building blocks which are a major part of BBA are handled differently during profit recognition. Changes that occur in cash flows and risk adjustments associated with future services are recognized by finetuning CSM Amortization, while those which are associated to the past and current services flowing to Profit and Loss statement. The facts of changes in Discount Rates can be recognizing other comprehensive income or going through the Profit and Loss statement.

Why is all this important? Knowing the principles and advantages of IFRS 17 means being able to understand and communicate the financial strength of the organisation. In addition, this change will increase the transparency of any organization’s financials making the value that they create for the customers and shareholders more apparent.

In IFRS 17 a substitute simpler model named Premium Allocation Approach or PPA can be used for some short term contracts. Short term contracts can be those which are less than a year in calculating pre-claims liability. Premiums received on the first day or unearned premium component coupled with the upfront acquisition cost component are documented as a current liability and a cash fragment in the asset. This is because the coverage period is yet to be fulfilled and the premium has not actually been obtained till date.

As insurers are cautiously detached from risk, as time passes by, the unearned premium moves from liability into the revenue account.

Premium Allocation Approach is a much more straightforward model in comparison to Variable Fee Approach(VFA) and can be made use of for Short Term General Insurance or any Particular Group Contract.

The Variable Fee Approach (VFA) is an alternative form of the Building Block Approach(BBA). It pertains to with-profit contracts,unit-linked contracts, active index-linked contrast and other similar contracts. These contract are mainly Life Contracts and Pension Contracts. Fund from investors are invested into a mixture of contracts to average out the forever fluctuating market so that it always provides a continuous and straightforward return. A reasonable share of returns from these items are paid out for these contracts.

How will IFRS 17 affect you?

This is a burning question that needs to be answered and if left unanswered would just be unacceptable.

Firstly if you are an Insurance Organization, let’s start with you.

Replacing the already existing IFRS 4 with IFRS 17 can demand a lot of work from your side. So much of work that even the way you present you P&L Statement will have to be amended. But as the saying goes there are two sides to every coin, this will make the working of your entire organization transparent and will aid in gaining customers trust and loyalty. Profit will not be visible at the beginning but will be gained over a period of time in fractions as and when you fulfil your promises towards your customers. Now, this can be a drawn affair but the chief reason it works for you is that you keep your customers happy throughout the entire process of having them with you. 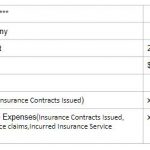 You may think, not everyone can be a part of an Insurance Organization but even as a customer you tend to play a major part in the Organisation.IFRS 17 holds huge benefits for you as a customer. The whole purpose of replacing IFRS 4 with IFRS 17 is to make the entire system transparent. This means that comparing different organizations has become simple and will be hassle-free.

With the changes that are to be implemented and the way the Profit and Loss Statements are to be presented,understanding of the Organisations financial strength will be effortless for you as a customer.

The most important thing to look at when choosing any Insurance company is their Claims Service and the Profit and Loss Statement.